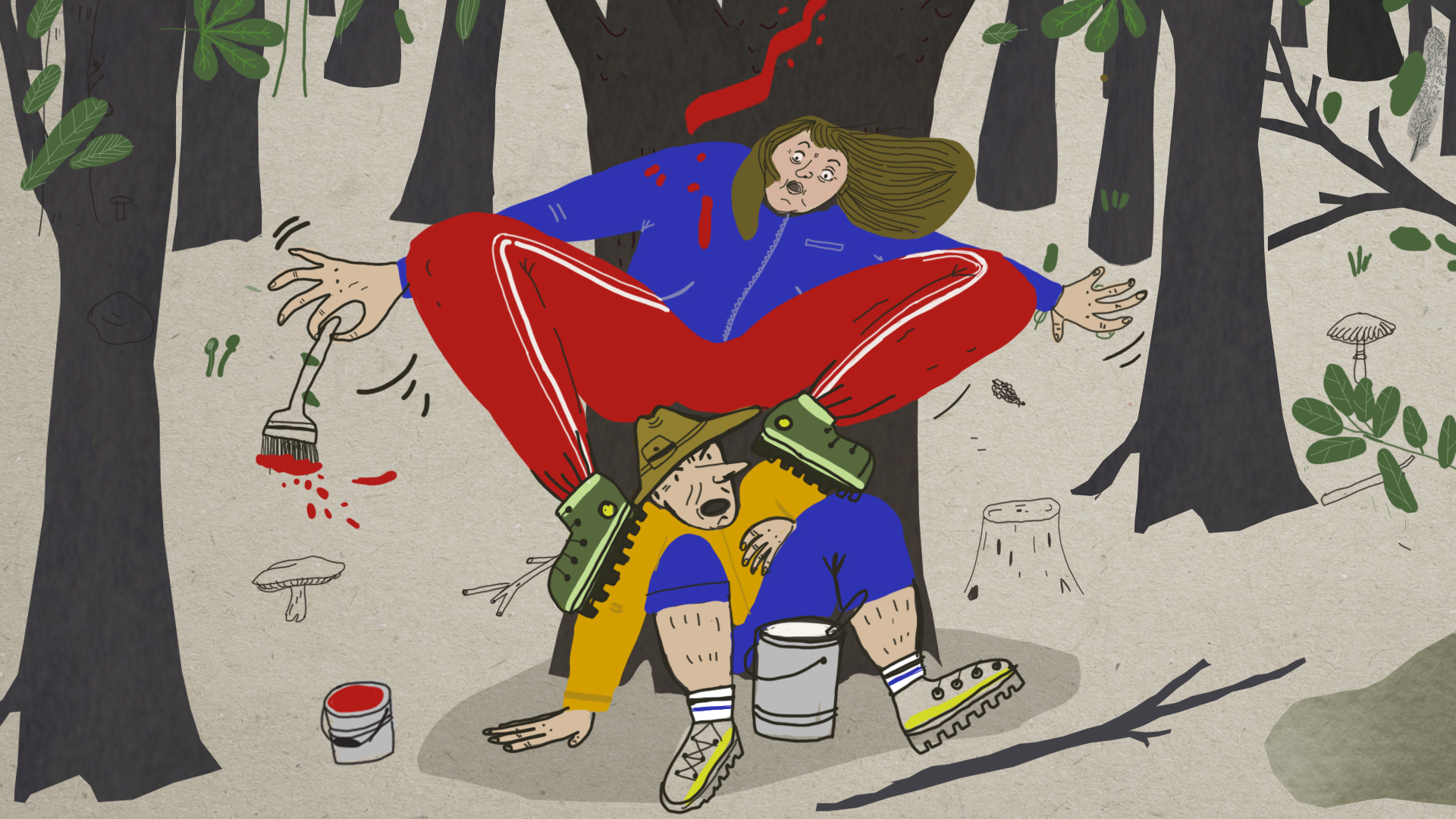 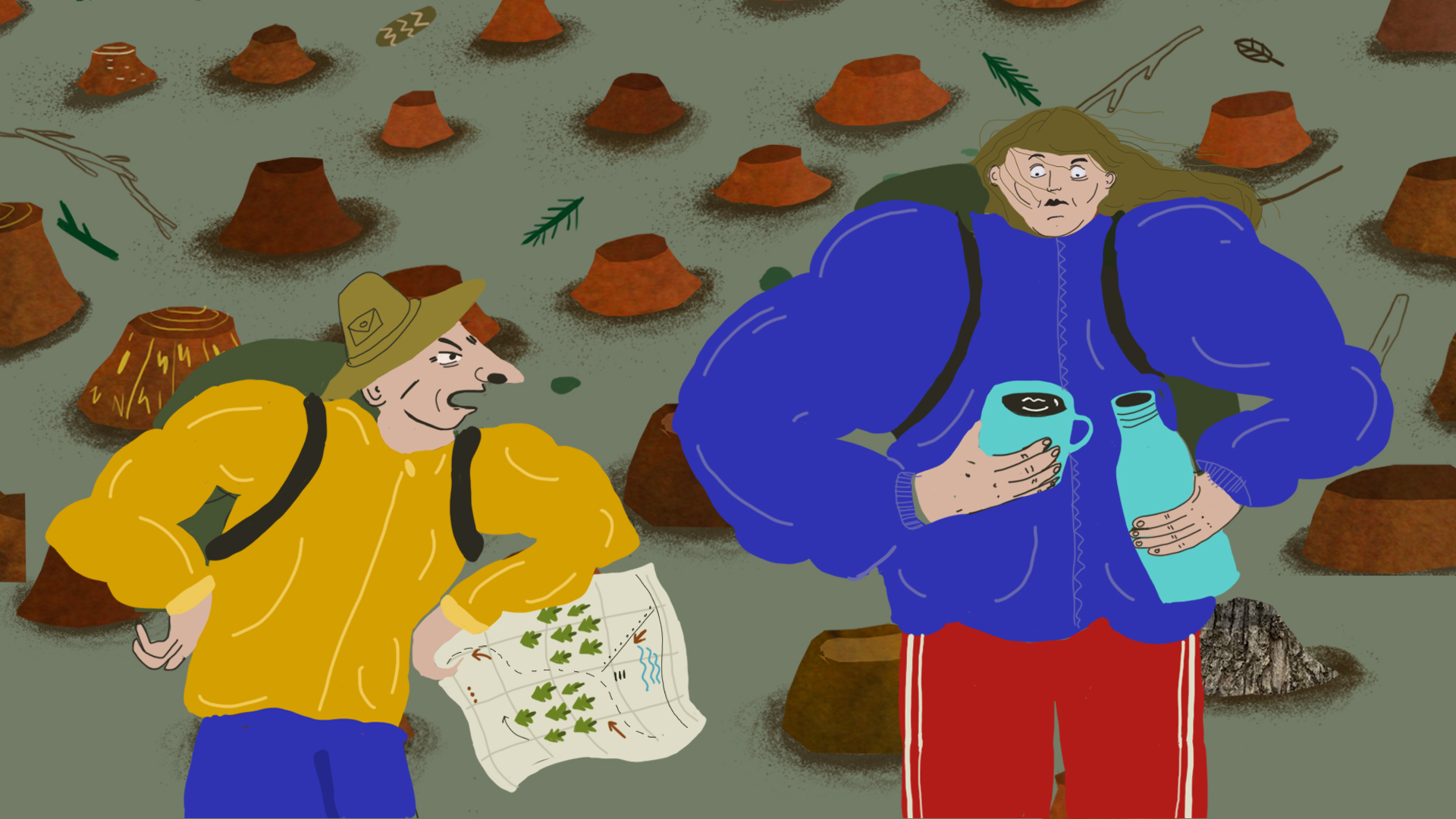 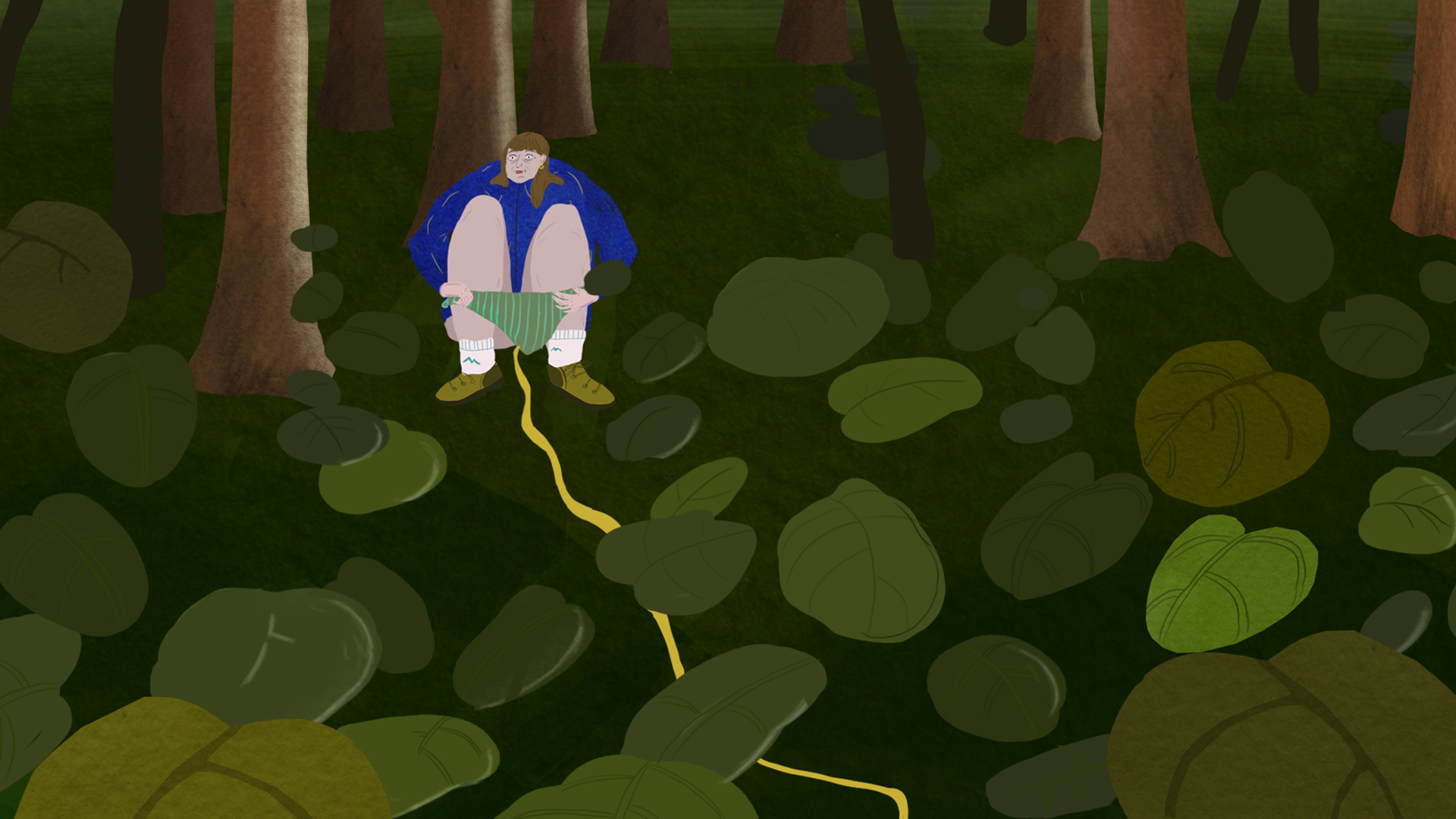 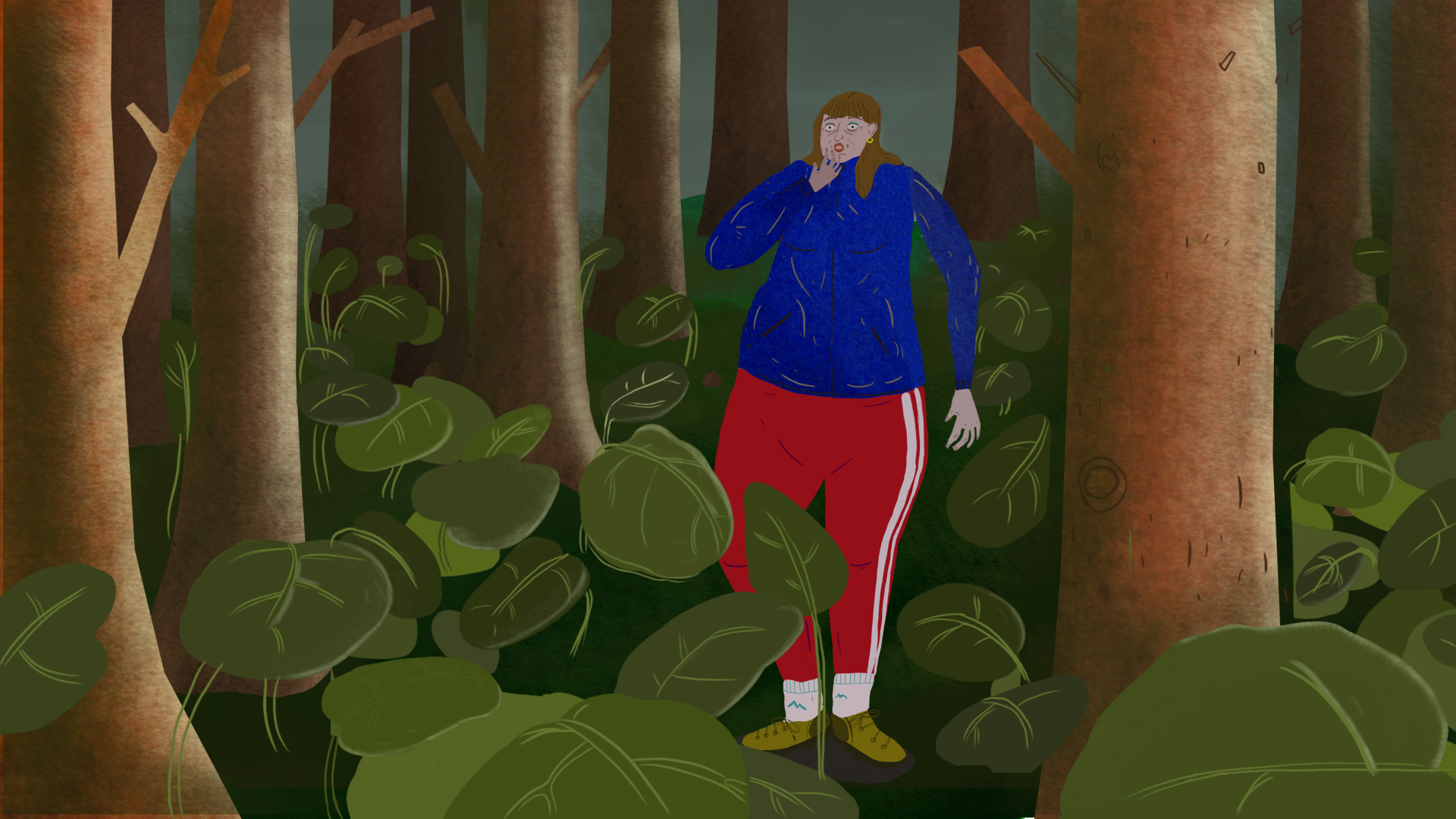 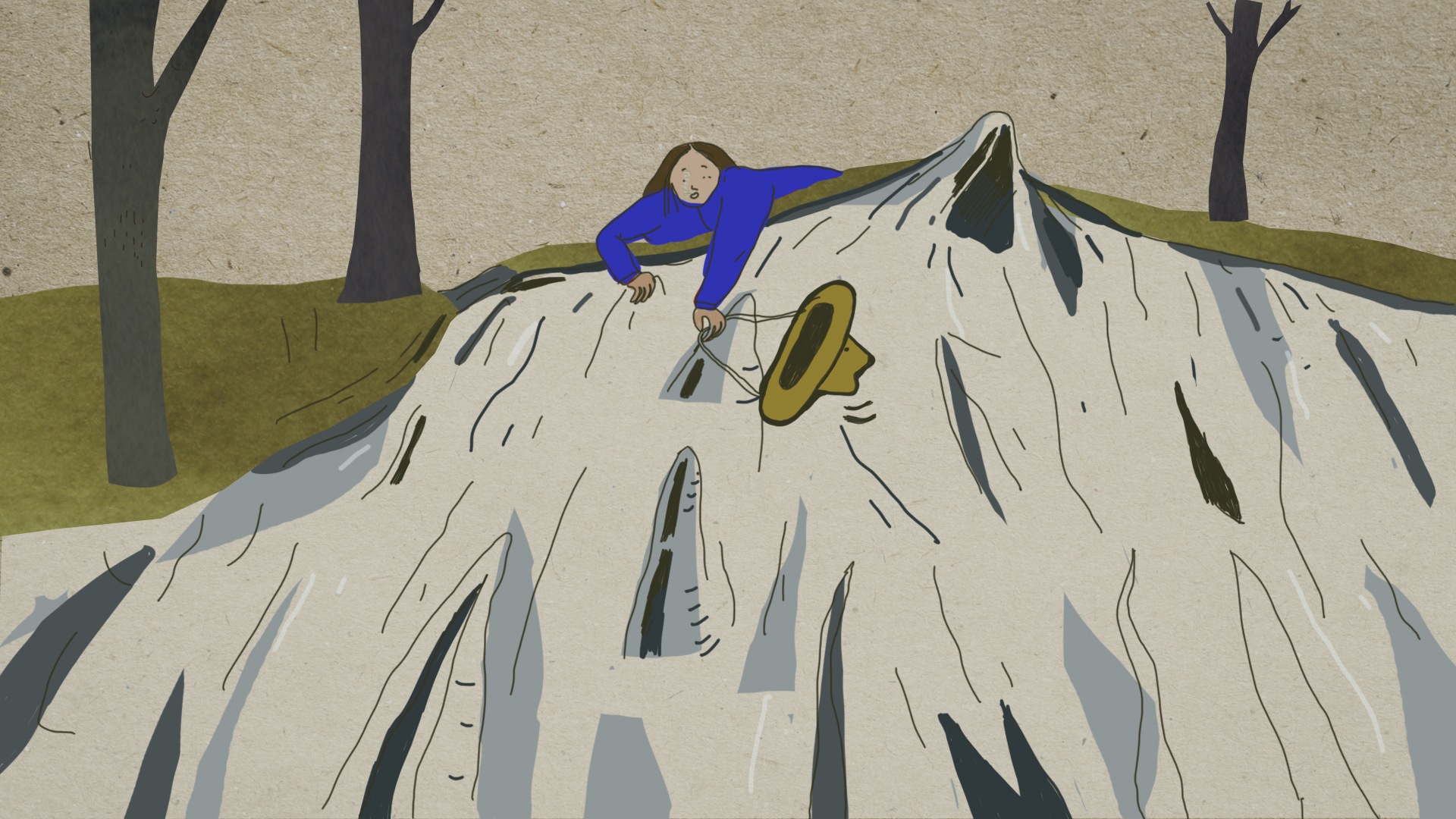 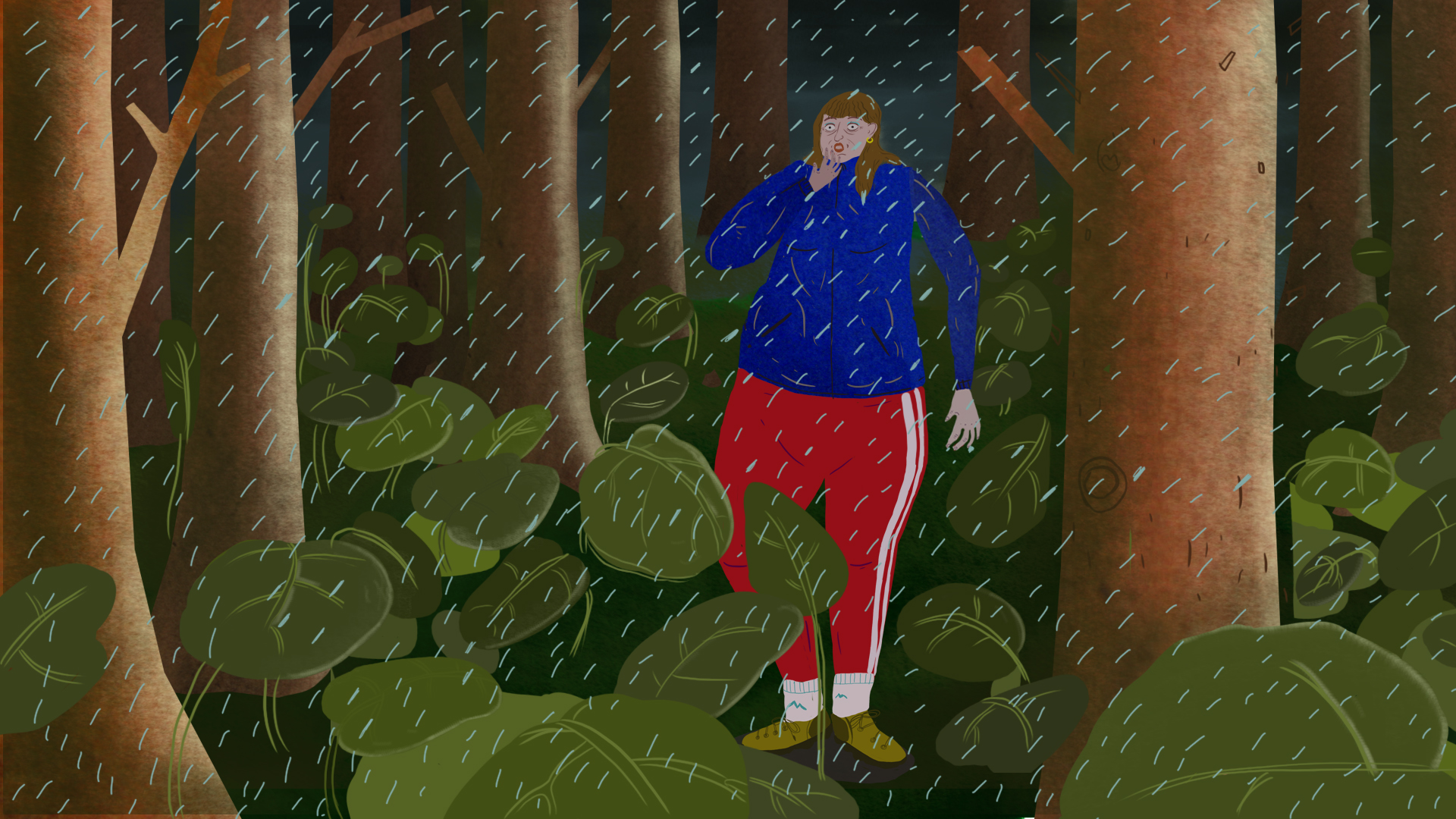 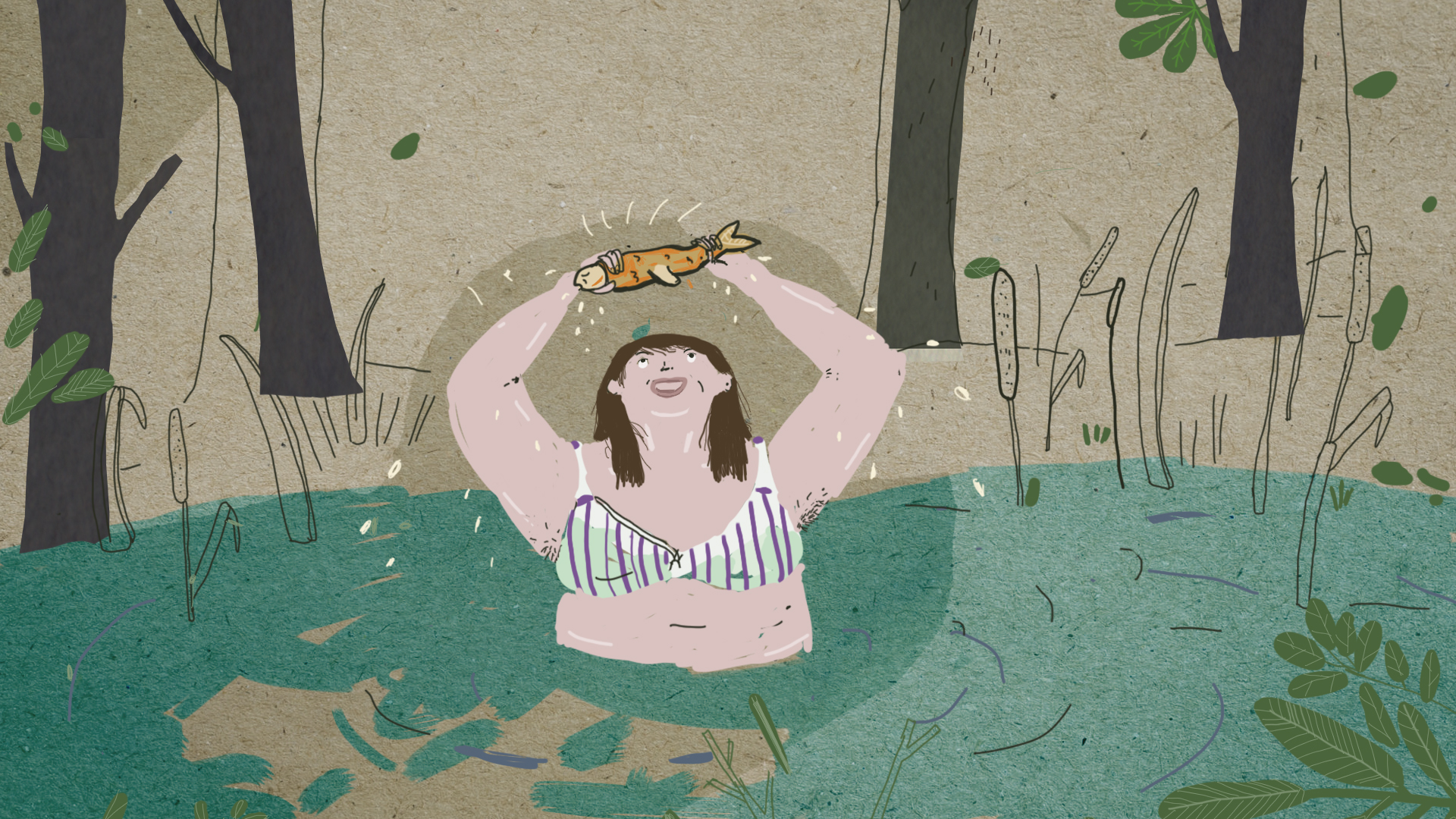 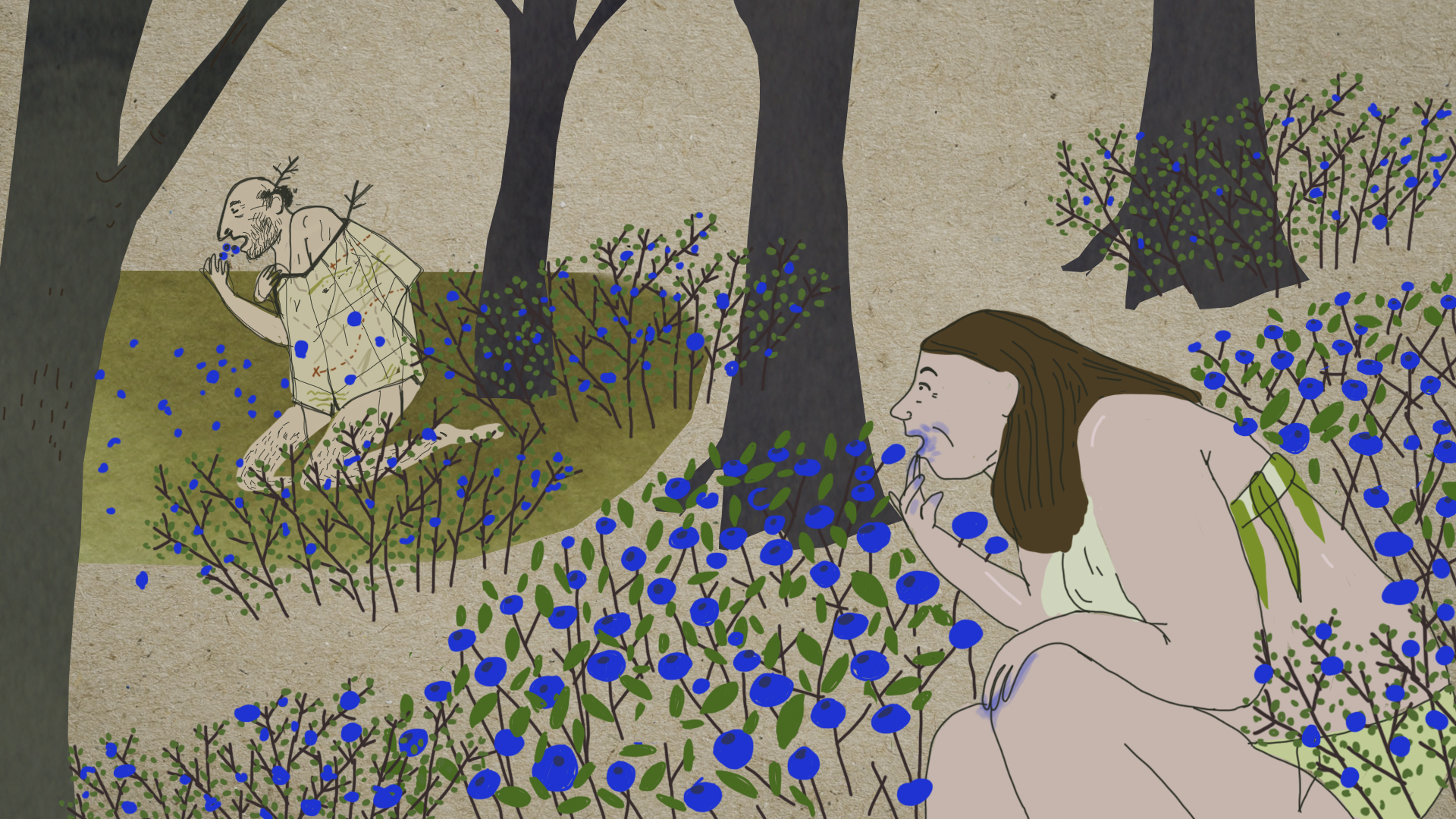 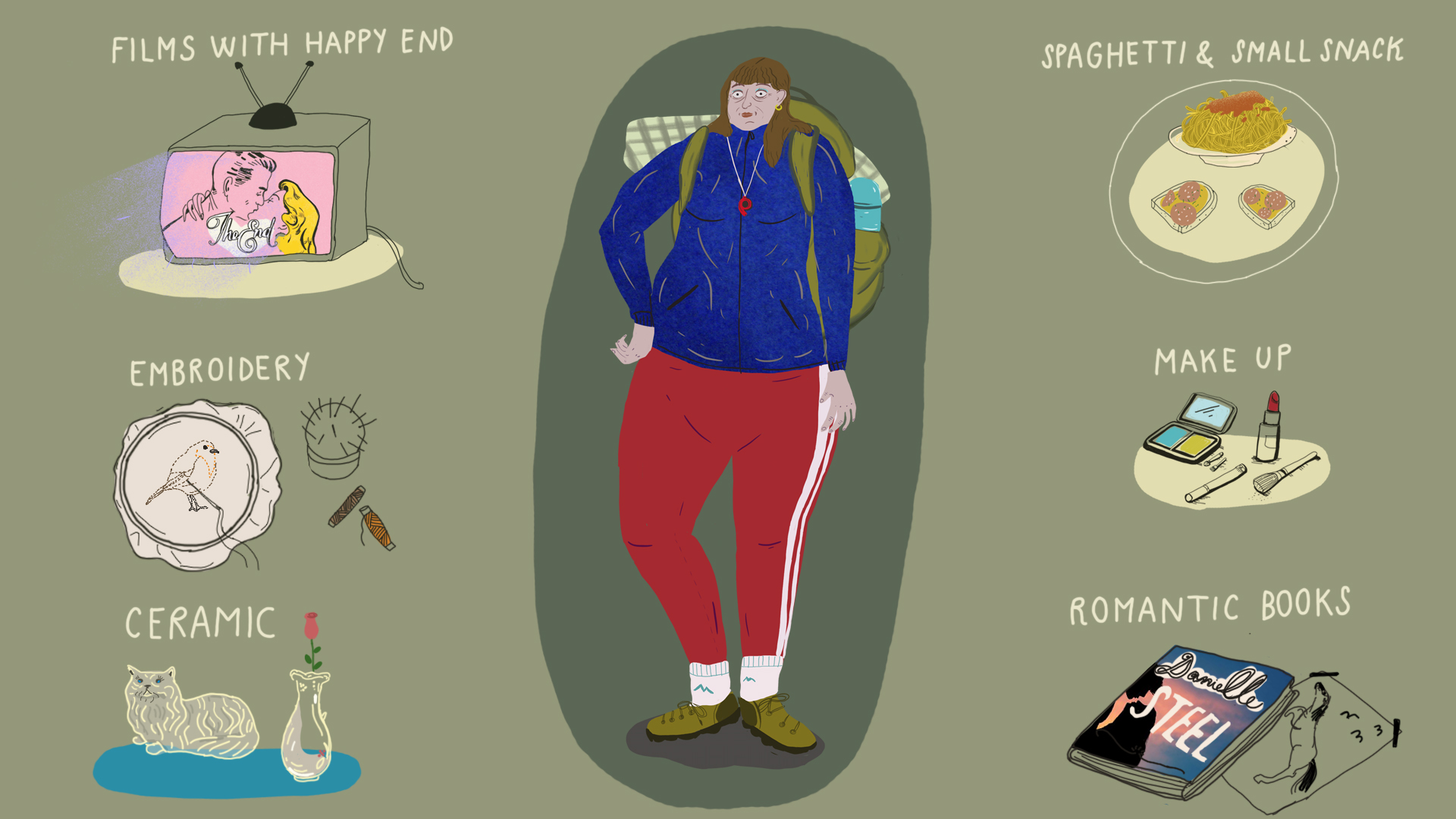 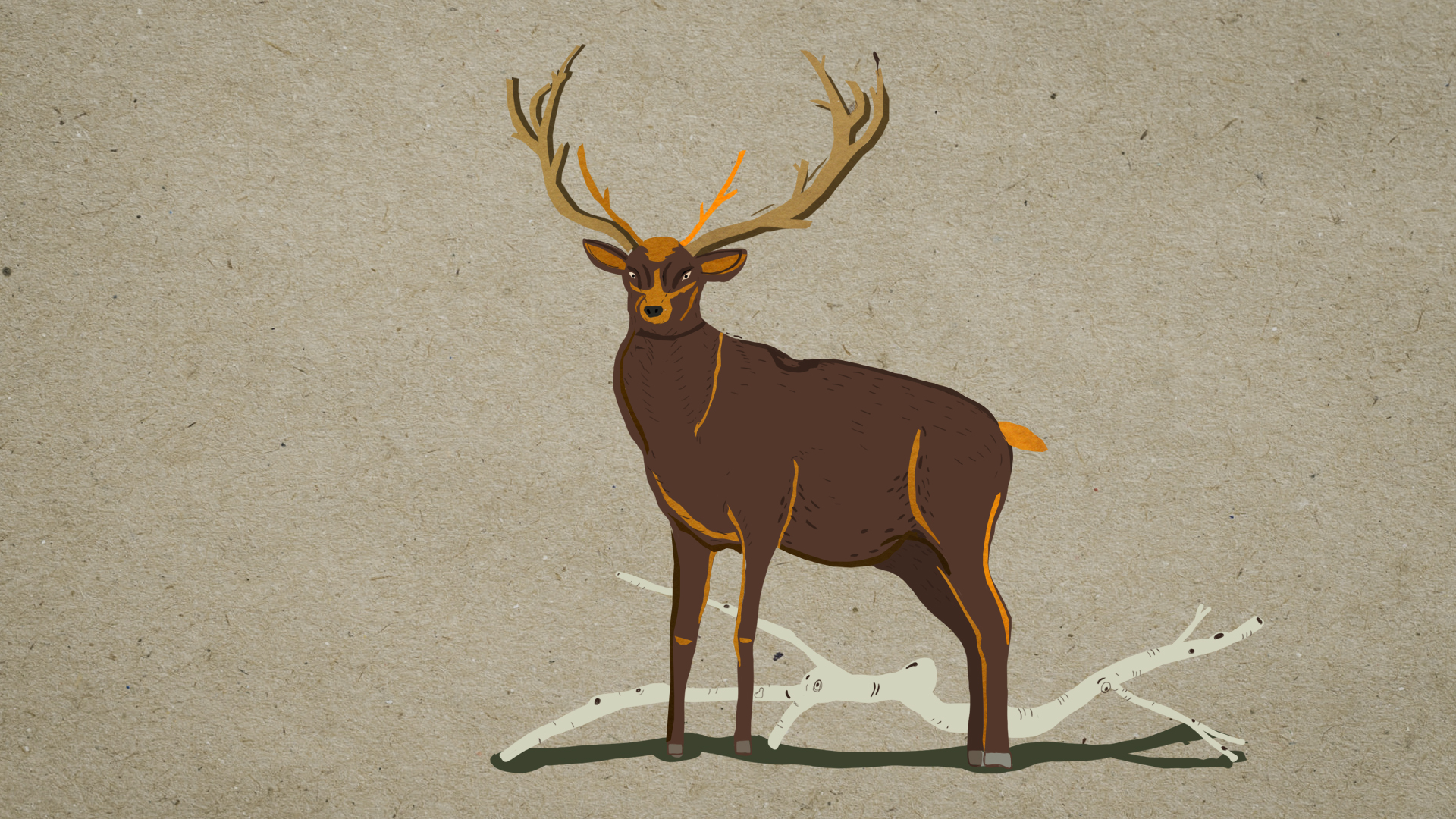 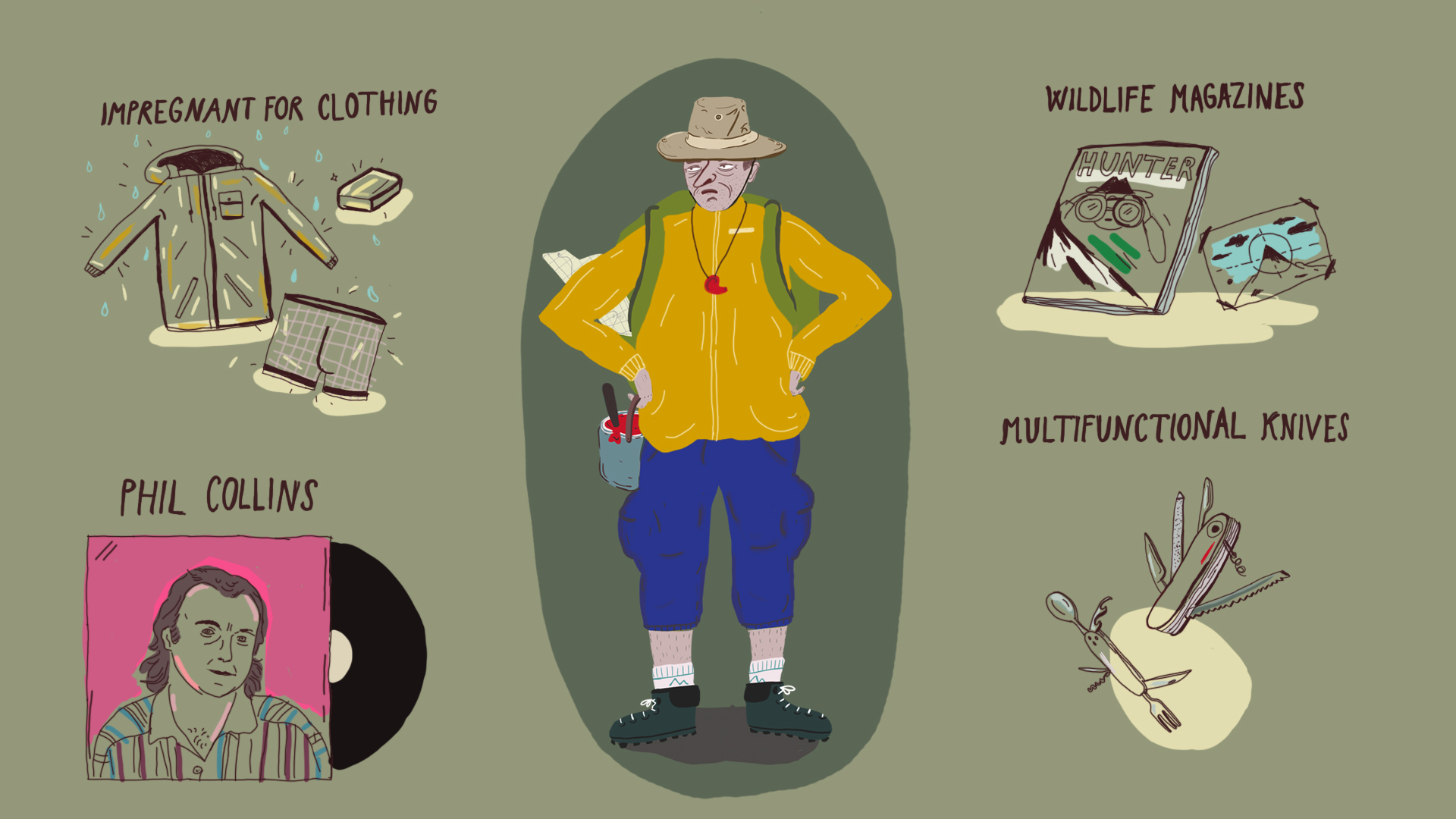 A married couple, Kornel (55) and Hana (50), are fixing hiking trail marks in the woods. Kornel feels like woodsman discovering new, unexplored places. He is secretly hoping that this adventure will save their stagnant, childless relationship, but at the same time, he has no courage to depart from the marked trail. Hana’s personality has dissolved during her long-term partnership with Kornel. She only tries to make her husband happy and if Hana happens to dream from time to time, she ends up feeling guilty. It doesn’t take long for the couple to get lost, neither of them being able to return to the hiking trail. Scared, lonely and powerless, Kornel and Hana must learn how to survive.

Mária Kralovič graduated from the School of Applied Art in Kremnica and majored in the field of animation at VŠMU (The Academy of Performing Arts) in Bratislava. During her studies, she completed an internship at Escola de superior de theatro e cinema in Lisbon and later on she continued at VŠMU with her doctoral studies, where she presently lectures animation. Her last movie, titled FIFI FATALE, was nominated for the Slovak national film award ‘Slnko v sieti” in 2018. Apart from animation, Mária focuses on illustration and design. In 2019, she made her debut with a comic book titled ‘Bežná’ (‘Ordinary’). She has gained multiple awards for her work and her movies were presented at Slovak and Czech film festivals.

This film is supported by the Slovak Audiovisual Fund